To improve the quality of food, Taipei Detention Center entrust the Secretary as the convener to form a team, and unremittingly solve the issue aiming at the quality, the quantity and the hygiene of food with the inmate delegate. Not only more cooked foods are supplied on the celebrations and special holidays, but seasonal fruits are provided on Wednesdays as well.

Due to the changeable climate, Taipei Detention Center puts all the inmates for different clothes and bedding. Besides, with regard to the children that accompany with detainee, they will get well-arranged attention. And respecting that there would be any prisoner in poverty and distress, the requirement will also be offered. 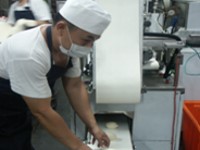 3 photos of improve quality of food supply for inmates 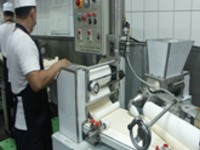 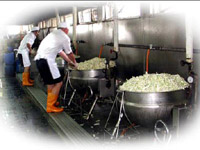